I was toying around with the lesser used commands in Linux like the 'cal' (calendar) and then 'dc' (desktop calculator) which doesn't live up to its name and finally 'bc' which really does a good job because of its capability of handling floating point numbers. However, the problem was that its syntax is not straight-forward and doesn't simply run out-of-the-box, the way newbies and laymen would want it to be. So here's a way to create your own calculator command (we call it 'calc') and use it ! 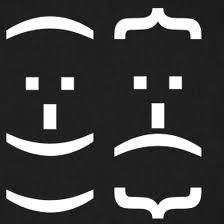 Then follow these steps:
1. Create a little bash script and name it 'calc'. (Use vi / vim / nano / pico/ gedit or whatever you want to toy with)
2. Put the following contents in the script:

3. Give executable permissions to the script:
#chmod +x calc


4. Move the file to /usr/bin to make it available in the shell as a command:
# mv calc /usr/bin

That's it ! The calculator is ready.

Now you can start doing calculations as in the following examples:


Command-line is still interesting isn't it ? How many yeps !?
Posted by Prasanjit Singh at 7:57 PM